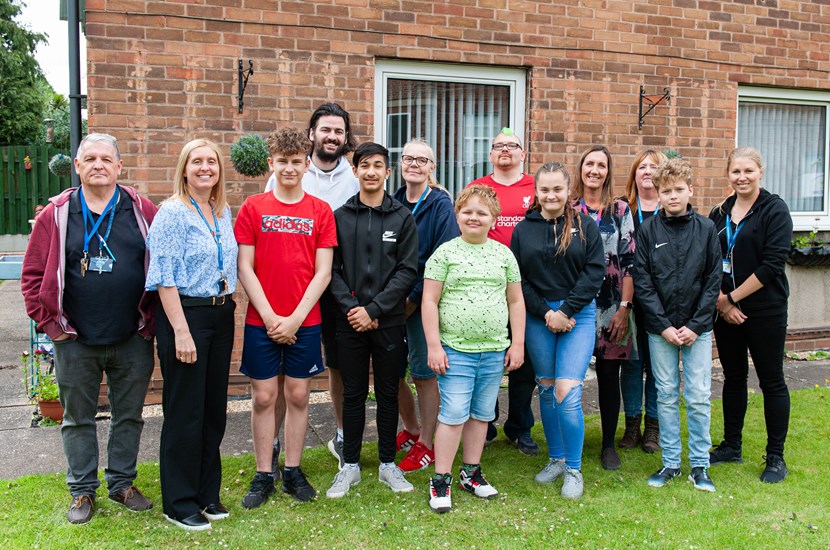 Described as a home from home for Deaf children and young people, Dickson House Children’s Home, part of Doncaster Deaf Trust, has been providing vital care for 20 years.

Our residential care home provides 52 weeks a year care for school children while they study at Doncaster School for the Deaf.

Kate Warner, manager at Dickson House said: “I was here when we opened our doors in 2002, along with Maria Dixon, our deputy manager, and am so proud to leading this superb facility 20 years later.

“There are very few specialist schools for the Deaf in the UK and even fewer that offer outstanding residential support for children alongside their education.

“We look after children who need weekly, or term-time accommodation while they are at school. We can also accommodate pupils who are in the care system who can stay with us for 52 weeks a year"

Dickson House can provide accommodation for up to nine children with Deafness as their primary need. The house is a large six bedded family home in the grounds of Doncaster Deaf Trust, with a three bed annex attached.

The house has lots of spacious communal areas including a playroom with access to computers and games, a TV lounge, dining room, kitchen and a garden.

The young residents also have access to a wide range of facilities that are available on site such as six acres of playing fields, as well as football pitches, tennis courts and a sports hall.

Kate added: “We’ve looked after and cared for so many children and young people over the past 20 years and we look after them as if they were our own children. There are lots of outings to the local cinema, swimming pool, Wildlife Park and sports clubs. There is never a dull moment!

“Our team has created a calm, settled, family-based environment in Dickson House that enables the children to grow and develop in a safe and secure environment.

“Partnerships with parents, professionals and carers allow our young people to access a range of support, resources and facilities in their local community.

“This outstanding facility means that children from across the country can have access to the specialist education they need, even if it isn’t on their doorstep.

“We’re looking forward to celebrating our 20th anniversary with our staff and residents and look forward to caring for more Deaf children in Dickson House in the future,”

Robby Bradshaw was in the care system from the age of six months old. By the age of 12 he was in a children’s home in Birkenhead and had been moved around many times. It was at this age that he came to Doncaster to be a pupil at Doncaster School for the Deaf. Now 36 years old, he remembers telling social services that he had had enough of being moved around and Dickson House Children’s Home was created to be a home for him and other young Deaf children. Here he shares his memories of Dickson House.

Living at Dickson House was the best thing that happened to me as it gave me stability for the first time in my life.

I remember telling social services that I wanted to stay in Doncaster and that I was fed up of being moved around. The best news was when they told me that Dickson House was going to open for me and other children and we got to choose our bedrooms and enjoyed getting all the things to decorate them.

I remember Kate and Maria who were there when Dickson House opened. They took us to get a film from Blockbusters and we had sweets and popcorn. I can’t remember what the film was, but it was such a nice memory of us sitting and watching the film together and eating the sweets.

Kate and Maria taught me how to use the cooker and lots of other important daily living skills. We also used to go out to visit different places and have days out.

When I left school and Dickson House I stayed in Doncaster as the town had become my home. I am now a father to three boys and live with my partner who I met at Doncaster Deaf College (now Communication Specialist College Doncaster).

Before Dickson House opened it felt like there was no place for me. I suffered a lot through my childhood by being moved countless times to different places. Dickson House is very important and for me it was the best thing that happened.